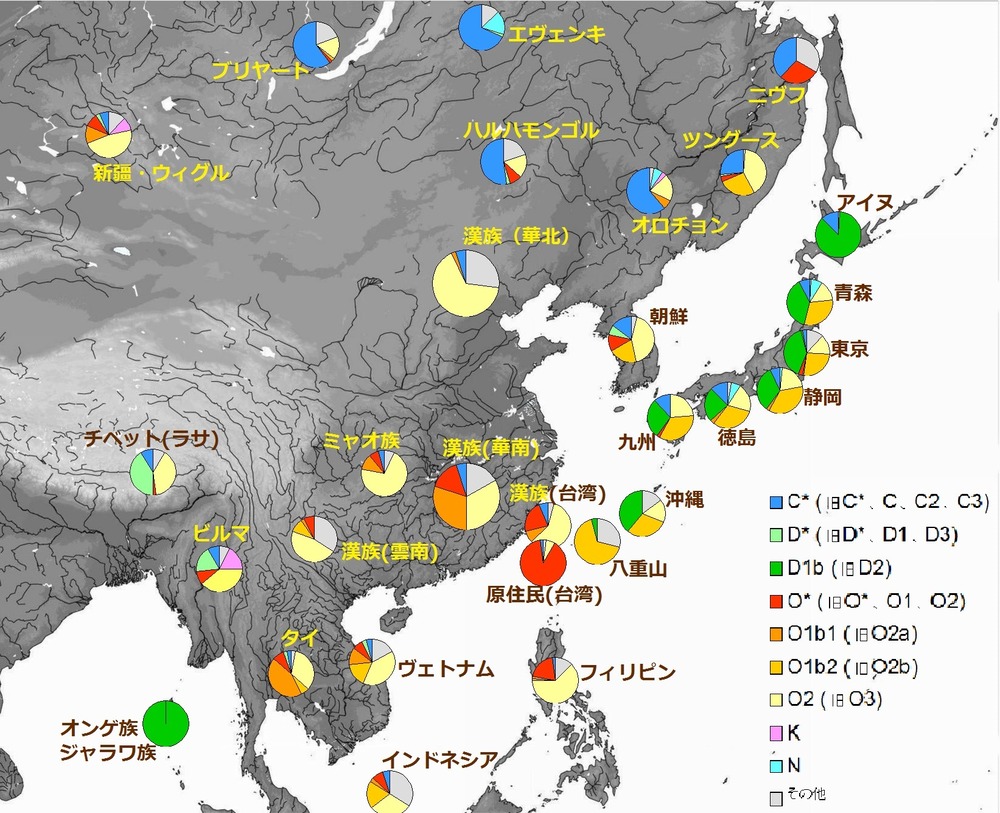 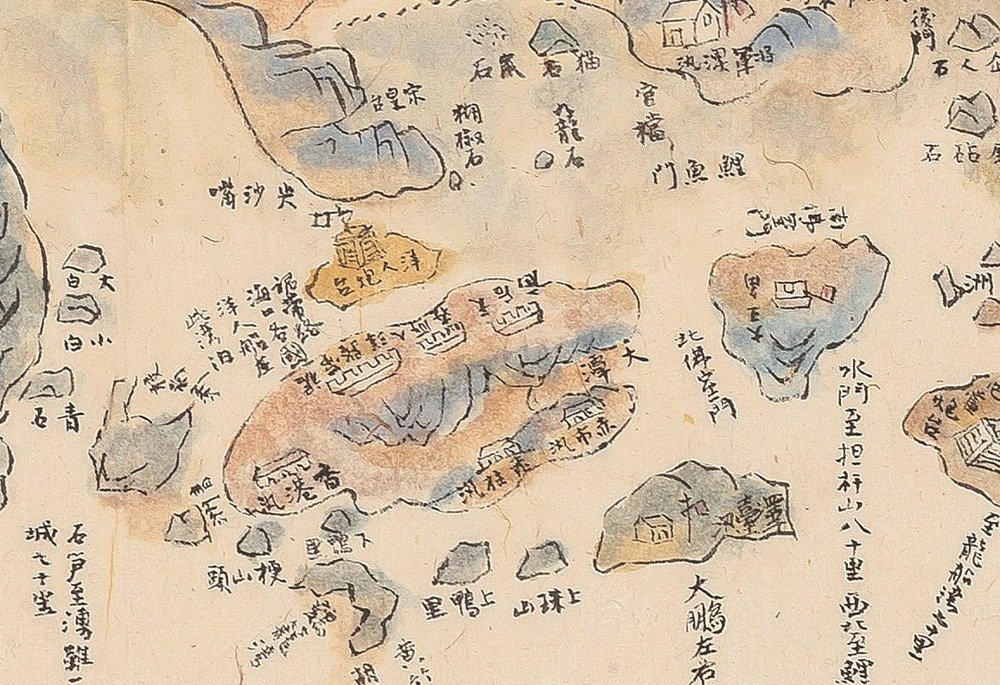 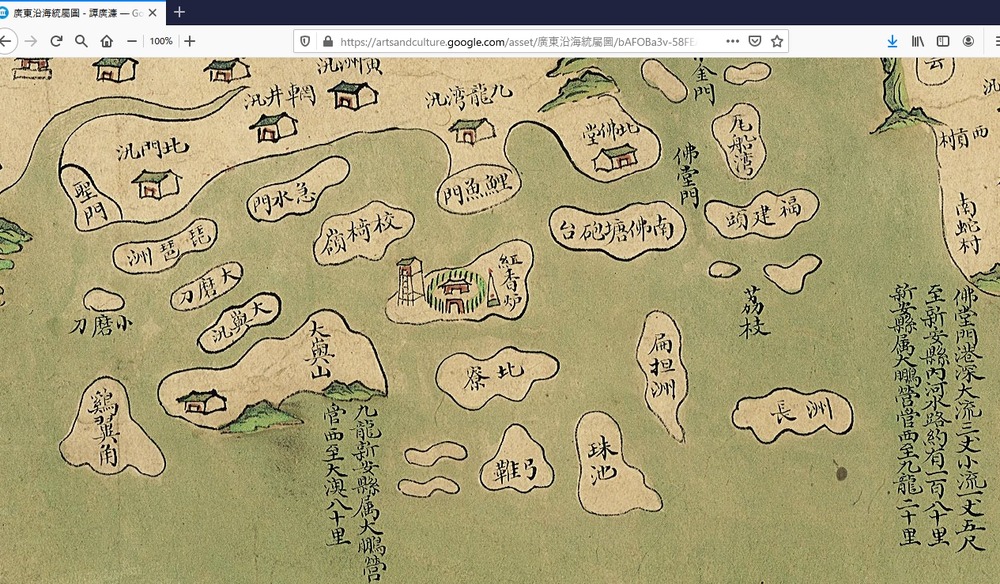 http://archive.ph/uR5p0
http://web.archive.org/web/20191217142814/http://senkaku.blog.jp/2019121481731599.html
.
Pitty, the author does not understand the history of "Inherent" Japan (Japan proper), which derived from the entire Japanese history, thoughout Jomon, Yayoi, Asuka, Nara, Heian, Kamakura, Muromachi, Edo, Meiji, and Showa.
The author cites Bando Kotaro's claim: "(the Northern Territories) are clearly shown to be Japan’s inherent territory because Japan gained it in the 1855 treaty".
The author adds a verb "gained" which can not be found in Bando's speech.
Bando's original speech (rough translation) : "Based on 1854 (1855) treaty, (these islands) are clearly Japanese territory, and also clearly shown to be Japanese proper territory in 1875 treaty."
https://kokkai.ndl.go.jp/#/detail?minId=100103968X01219471006
(千島列島のうち択捉島、國後島は一八五四年、すなわち安政元年、日本國ロシヤ國通商條約により明確に日本領土であります。さらにこれを裏書する事實といたしましては、一八七五年、すなわち明治八年、樺太、千島交換條約があります。この條約にも擇捉島以南の諸小島は交換の對象とはなつておらず、クリル群島十八島すなわちウルツプ島以北でありますが、この十八島をもつて樺太と交換することを規定してをおります。すなわち擇捉島、國後島はこれが交換の對象でないことが明瞭であり、日本固有の領土なることを嚴然事實に示してあります。)

It was a change announced in silence. On 30 January 2019, Japanese Prime Minister Abe Shinzō broke a long-lasting tradition of Japanese diplomacy: when asked about the government position on the so-called ‘Northern Territories’, the three islands (Etorofu, Kunashiri, Shikotan) and one group of islets (Habomai) under Russian rule off eastern Hokkaido that Japan has claimed to be theirs since 1947, he repeated that ‘Japan has sovereignty’ over them.

Though ostensibly unremarkable, the comment signaled a major shift in Japan’s approach to territorial claims, for Abe broke the convention of invoking the phrase ‘Japan’s inherent territory (Nihon koyū no ryōdo)’. In November 2018, the Cabinet Chief and Foreign Minister both refrained from using the same phrase in a press conference. This was a carefully choreographed event. One could say that the concept of Japan’s ‘inherent’ territory is now effectively void of meaning, though the government maintains the term in the latest Diplomatic Bluebook for the other disputed islands. As we approach the anniversary of Japan’s surrender in the Asia-Pacific War in August 1945, this may be a good moment to reflect on the life of a concept that has been central to Japan’s territorial questions.

Japan’s first codification of its territorial boundary was through a treaty with Russia in 1855, shortly after the well-known treaty with Commodore Matthew Perry of the United States. This treaty, which still forms the starting point of the Japanese government’s narrative, defined the islands south of Etorofu (Iturup) to be part of the Japanese territory, while everything north of Urup was confirmed as Russian territory. Since 1875 Japan possessed the entire Kuril Archipelago as a quid pro quo for agreeing to Russian sovereignty over Sakhalin. On 8 August 1945, the Soviet Union declared war against Japan and quickly occupied the Kuril Islands, including the four islands now in question. The situation remained unchanged after the Japanese regained their independence in 1952. There is not yet a post-WWII peace treaty between Russia and Japan.

The ‘inherent territory’ emerged in the first session of the postwar Diet (Parliament) in 1947. Lower house member Bandō Kōtarō claimed that the Etorofu and Kunashiri Islands ‘are clearly shown to be Japan’s inherent territory’ because Japan gained it in the 1855 treaty, not through the Second World War. The phrase was then applied to other islands occupied by the Allied Forces after September 1945, most notably Okinawa, which the United States controlled until 1972. Asserting the islands’ ’inherent’ nature emerged out of the postwar settlement. Japanese politicians coined the phrase to refer to the land over which Japan should recover sovereignty when it regained independence.

Territory was the toughest question in Japan’s postwar normalisation with China and South Korea. In 1965 and 1978, normalisation with South Korea and China took place without the agreement over the respective territorial questions, over Dokto/Takeshima and Senkaku/Diaoyu. The question for Japanese diplomacy was how to assert its sovereignty once diplomatic relations resumed.

The answer came on 16 November 1977, when Nakae Yōsuke, Director of the Asian Bureau of the Ministry of Foreign Affairs, stated in a Diet session: ‘the Senkaku Islands are in light of history as well as international law unquestionably Japan’s inherent territory.’ This statement was repeated time and again by ministers and senior bureaucrats addressing the territorial question including, crucially, the Northern Territories. Thus, Tokyo rebranded the territorial issue as a legal question, as if to suggest there was a ‘correct’ shape of the country. The phrase came to be deeply entrenched into the official position through a series of press conferences, speeches, and statements, and the government has followed this line meticulously—that is, until the end of 2018.

Since regaining office in December 2012, negotiations with Russia over the peace treaty and the Northern Territories was Abe’s diplomatic priority. In the winter of 2018, after several false alarms, the government seems to have decided to compromise: instead of the whole set of islands that it had claimed since the first major negotiations in 1956, it now focused on the return of Shikotan and Habomai, which are smaller and closer to Hokkaido. One should also be reminded that these negotiations are done in complete neglect of the rights of the indigenous Ainu people who resided there long before the Japanese and the Russians.

But the move towards a compromise with Russia will inevitably require an adjustment in rhetoric. If a territory was inherently theirs ‘in light of history as well as international law’, how could it be possible to give it up and escape the blame of ruining the concept and exposing diplomatic weakness? Foreign policy makers in Tokyo struggled to explain why they no longer talk about the Northern Territories as ‘inherent’. When pressed, they refused to give clarifications on the ground that doing so ‘may adversely affect the ongoing negotiations with Russia’. The leaders have steadfastly refused to say anything but the official line, insisting that the government position has not changed, or flatly ignoring the question. They are now unable to ‘comment on the present state of the negotiations’ in the Diet for fear of harming the national interest. This evasive statement became their new mantra.

Abandoning the idea that certain islands are inherently Japanese cannot be done on a whim. In January 2018 the government even opened The National Museum of Territory and Sovereignty in a park two blocks away from the Foreign Ministry, which shuns the discussion on the Northern Territories. The removal of the decades-old mantra will be an agonising process, for it is ubiquitous in past government statements, publications, and monuments. But the biggest question is how the official narrative will now assert its sovereignty over other disputed islands, namely with China over Senkaku/Diaoyu and with South Korea over Takeshima/Dokto. Foreign Ministry officials have discussed the ramifications of killing the phrase in the North and almost certainly prepared how to go forward before Abe’s statement. For now, it seems that the government has decided to retain the old phrase for other disputes, but their negotiating counterparts know that Japan’s legalistic justification has become a paper tiger.

That may not be a bad thing for Japan in the long term. The sooner Japan abandons the assumption of inherent territory, the freer it will become to arrive at a political compromise, most likely in a package deal including other bilateral agendas—a remote possibility, but at least it breaks the familiar deadlock. Thus, the decision by the Abe administration to begin burying the mantra marks an important turning point for postwar Japanese diplomacy. Indeed, in a twisted way, it matches Abe’s proclaimed desire to ‘escape from the postwar regime’. The real test will come when these disputes with China and South Korea somehow return to media headlines and force Tokyo to publicly spell out its position.
-----------------
Takahiro Yamamoto received PhD in International History from LSE in 2016. He is currently an Assistant Professor of Cultural Economic History at Heidelberg University (Germany). He is finalising a book manuscript on the emergence of territorial boundaries around Japan in the late nineteenth century. 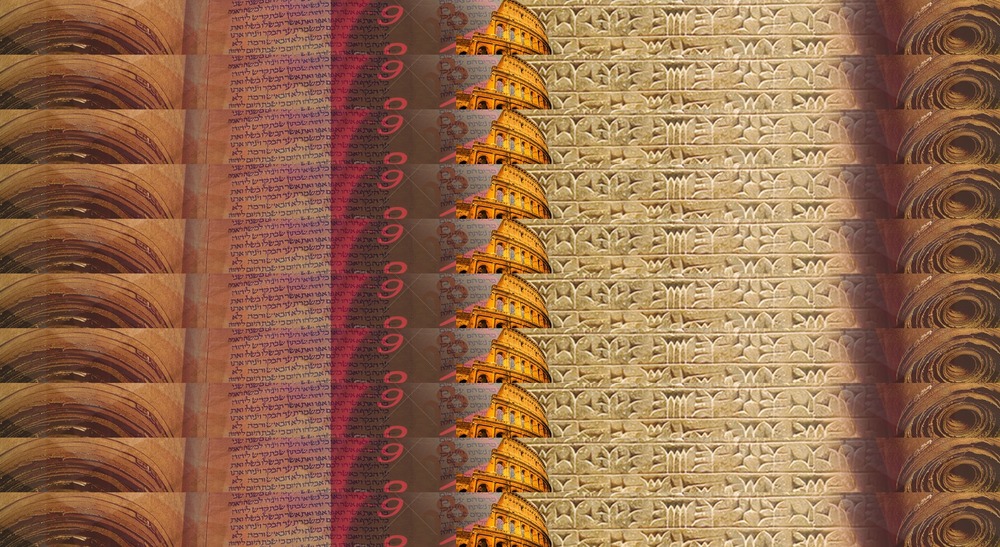 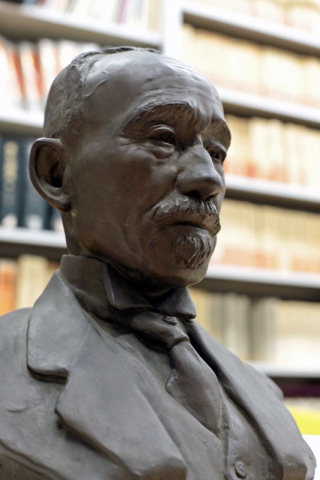 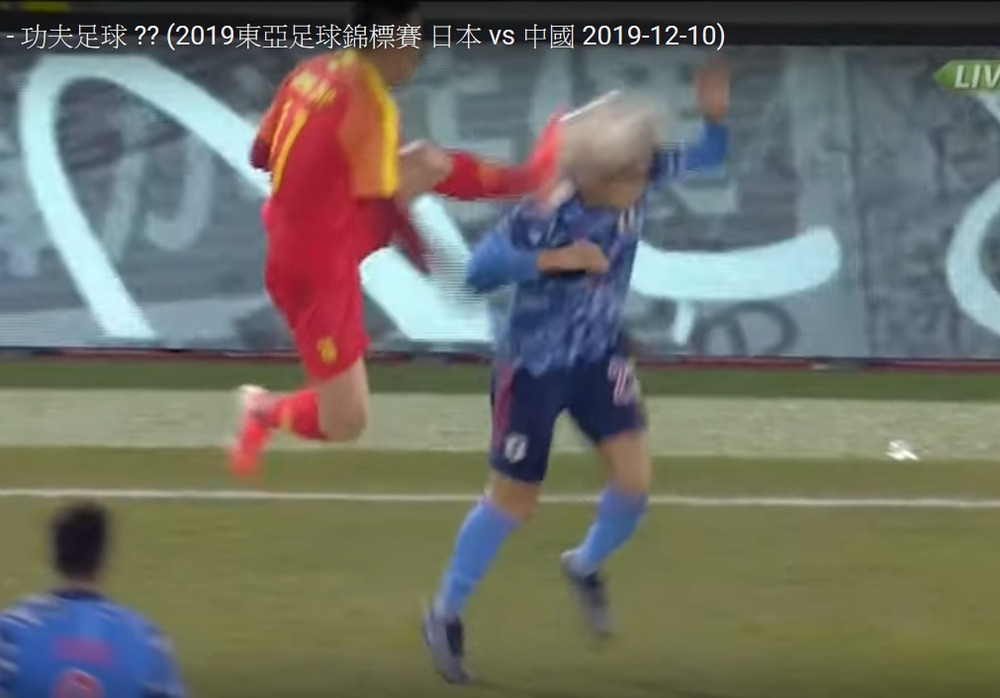 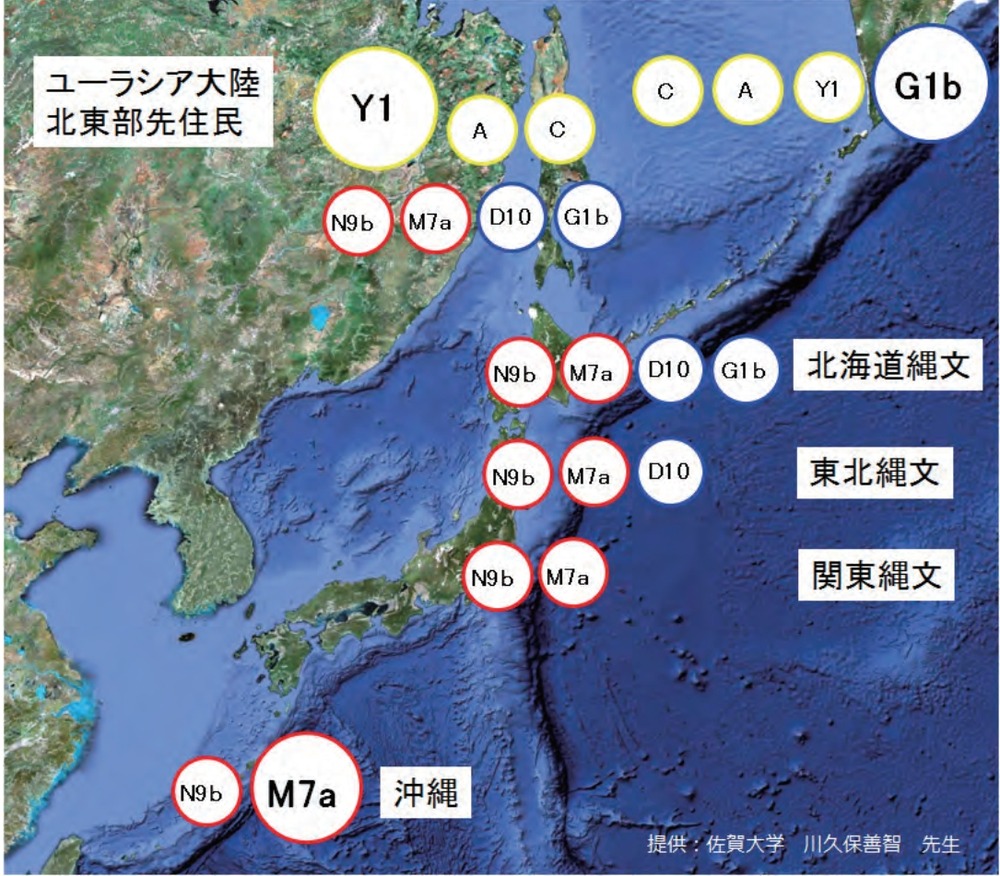 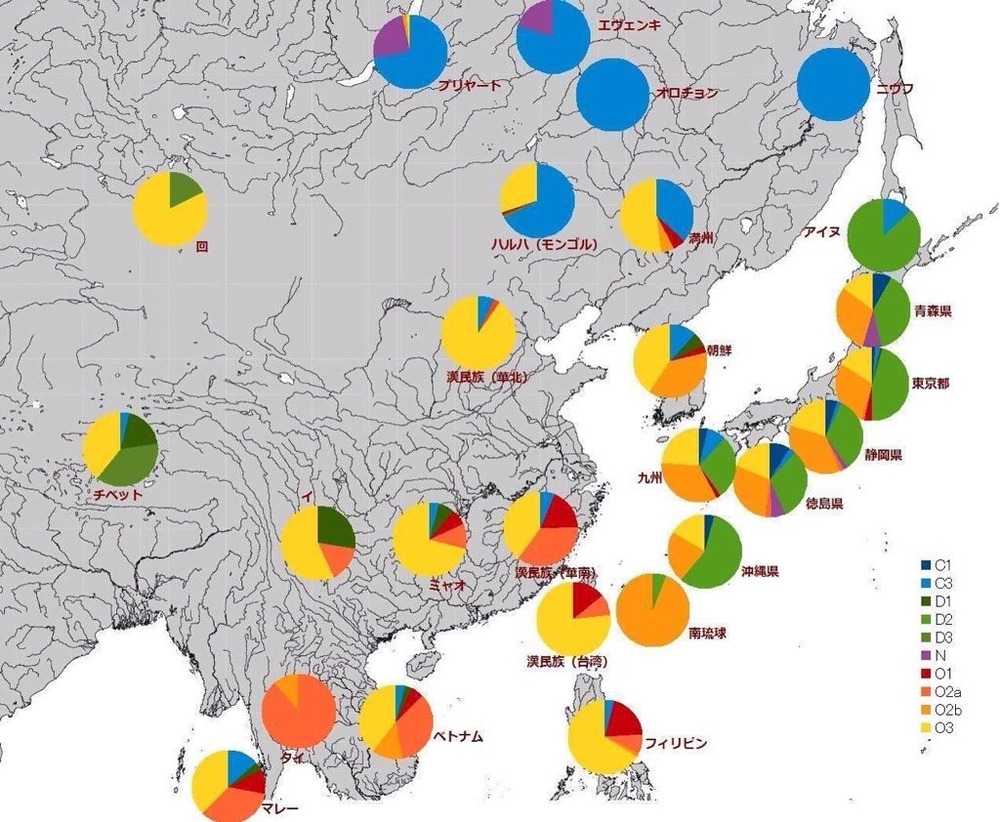 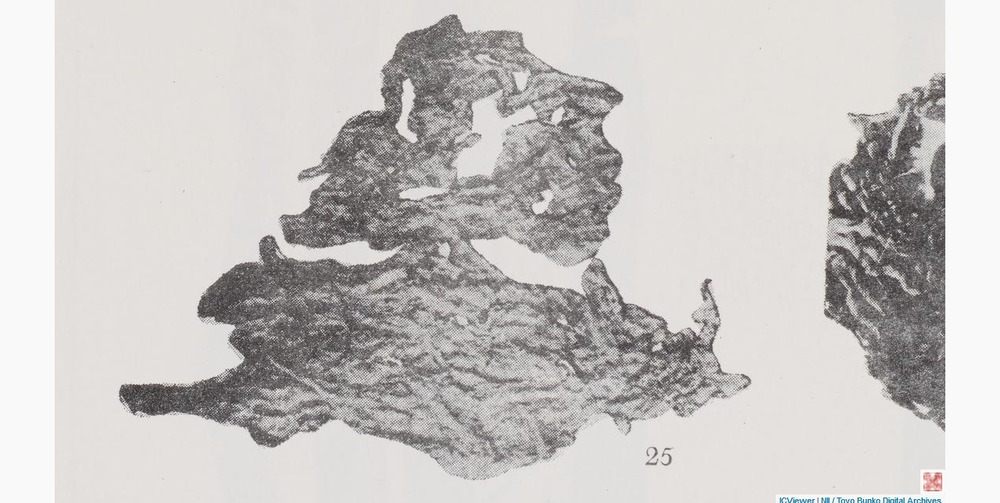 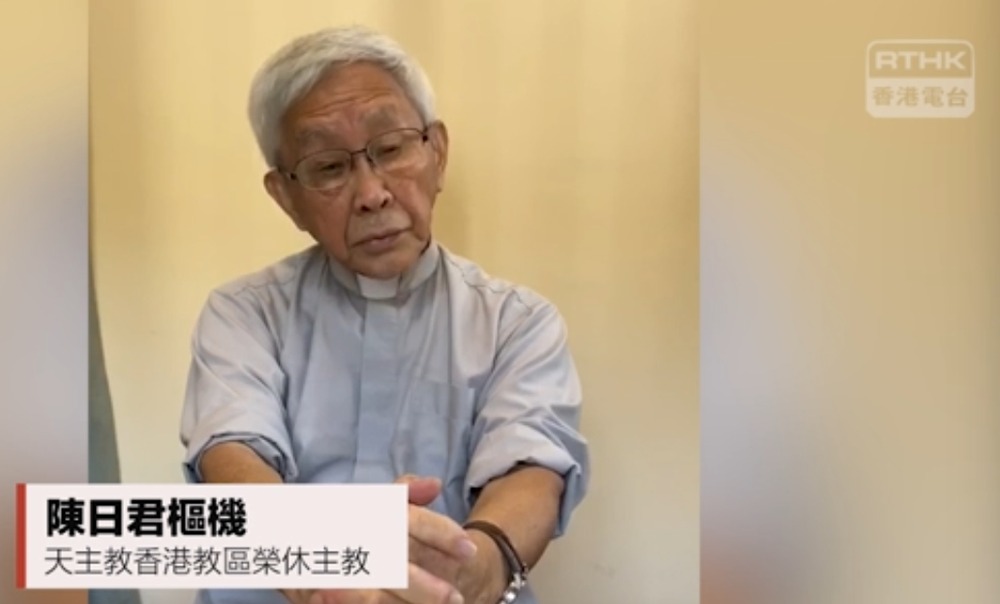 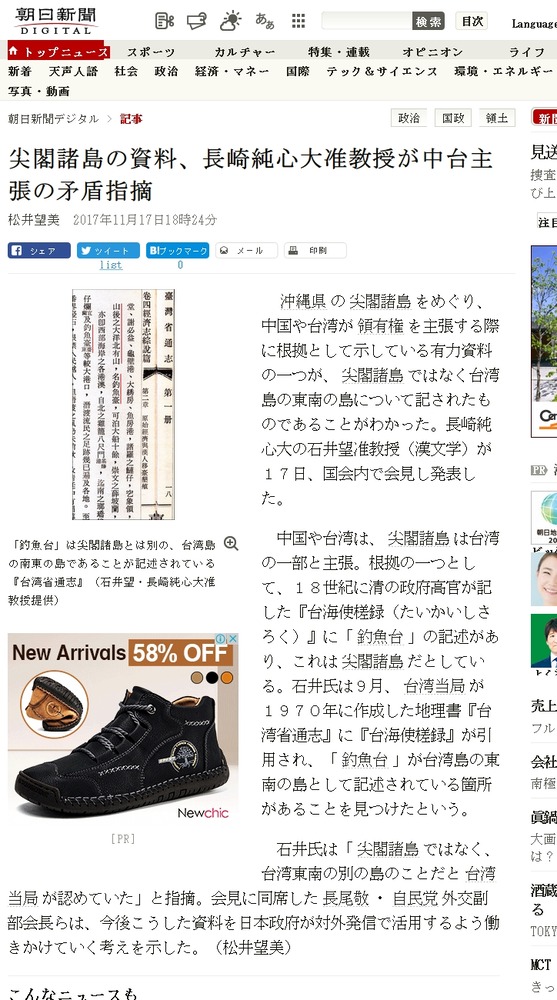