といふわけで英語では Late Emperor。
https://ejje.weblio.jp/content/late+Emperor
Late Emperorでグーグルすると、
http://dict.eudic.net/webting/desktopplay?id=78c1e4ed-f9f0-11e7-8039-000c29ffef9b
こんなものが。
Permit me Liang to observe: the late emperor was taken from us before he could finish his life's work, the restoration of the Han. Today, the empire is still divided in three, and our very survival is threatened.
臣亮言：先帝創業未半而中道崩殂，今天下三分，益州疲弊，此誠危急存亡之秋也。

Yet still the officials at court and the soldiers throughout the realm remain loyal to you, your majesty. Because they remember the late emperor, all of them, and they wish to repay his kindness in service to you.
然侍衛之臣不懈於内，忠志之士忘身於外者，蓋追先帝之殊遇，欲報之於陛下也。

This is the moment to extend your divine influence, to honor the memory of the late Emperor and strengthen the morale of your officers. It is not the time to listen to bad advice, or close your ears to the suggestions of loyal men.
誠宜開張聖聽，以光先帝遺德，恢弘志士之氣，不宜妄自菲薄，引喩失義，以塞忠諫之路也。

Whenever the late Emperor discussed this problem with me, he lamented the failings of Emperors Huan and Ling.
先帝在時，毎與臣論此事，未嘗不歎息痛恨於桓・靈也。

I began as a common man, farming in my fields in Nanyang, doing what I could to survive in an age of chaos. I never had any interest in making a name for myself as a noble.
臣本布衣，躬耕於南陽，苟全性命於亂世，不求聞達於諸侯。

The late Emperor was not a shamed to visit my cottage and seek my advice. Grateful for his regard, I responded to his appeal and threw myself into his service.
先帝不以臣卑鄙，猥自枉屈，三顧臣於草廬之中，諮臣以當世之事，由是感激，遂許先帝以驅馳。

. . . Now 21 years have passed. The late Emperor always appreciated my caution and, in his final days, entrusted me with his cause.
……爾來二十有一年矣。先帝知臣謹慎，故臨崩寄臣以大事也。

Since that moment, I have been tormented day and night by the fear that I might let him down. That is why I crossed the Lu river at the height of summer, and entered the wastelands beyond.
受命以來，夙夜憂歎，恐托付不效，以傷先帝之明，故五月渡瀘，深入不毛。

Now the south has been subdued, and our forces are fully armed. I should lead our soldiers to conquer the northern heartland and attempt to remove the hateful traitors, restore the house of Han, and return it to the former capital.
今南方已定，兵甲已足，當奨率三軍，北定中原，庶竭駑鈍，攘除奸凶，興復漢室，還於舊都。

This is the way I mean to honor my debt to the late Emperor and fulfill my duty to you.
此臣所以報先帝而忠陛下之職分也。

My only desire is to be permitted to drive out the traitors and restore the Han. If I let you down, punish my offense and report it to the spirit of the late Emperor.
願陛下托臣以討賊興複之效，不效，則治臣之罪，以告先帝之靈。

Your Majesty, consider your course of action carefully. Seek out good advice, and never forget the last words of the late Emperor. I depart now on a long expedition, and I will be forever grateful if you heed my advice. Blinded by my own tears, I know not what I write.
陛下亦宜自謀，以諮諏善道，察納雅言。深追先帝遺詔，臣不勝受恩感激。今當遠離，臨表涕零，不知所言。 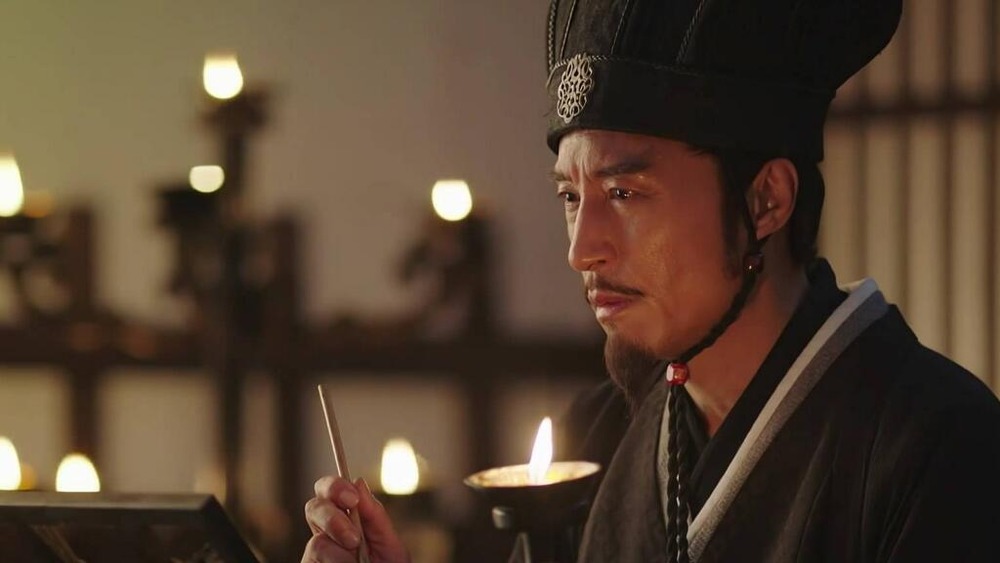