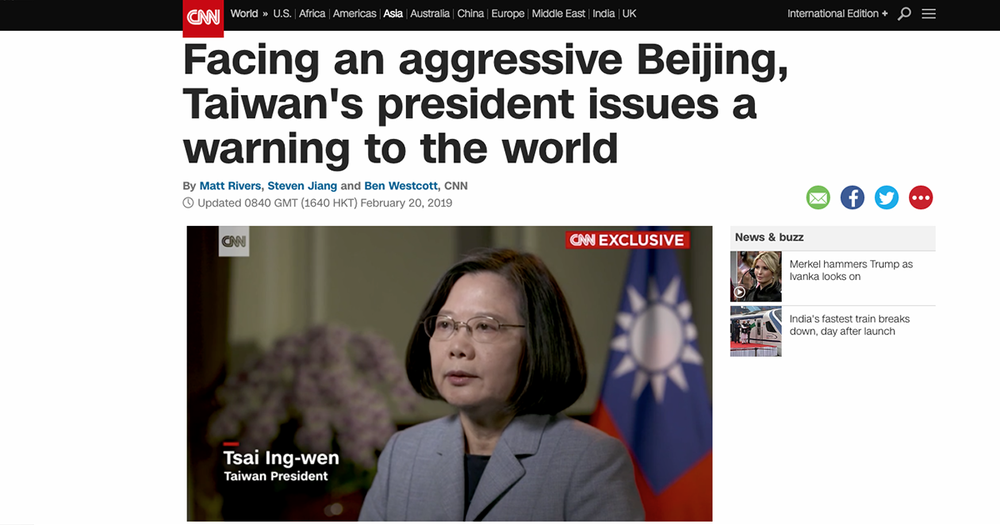 Taipei, Taiwan (CNN)Taiwan President Tsai Ing-wen has sent out a warning to Asia in the face of mounting aggression from Beijing.
In an exclusive interview with CNN, Tsai said the military threat posed by China was growing "every day" in line with a more assertive foreign policy under its President Xi Jinping.

"I believe this is not just an issue of Taiwan under attack, but a reflection of China's willingness to use force for its expansionist policy," she said.
"It's not just Taiwan's interests at stake, it's the whole region's or even the whole world's."