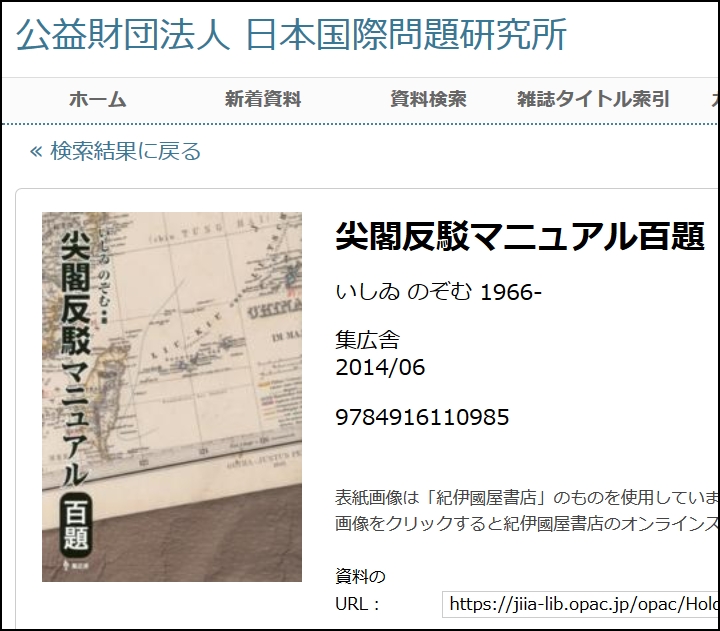 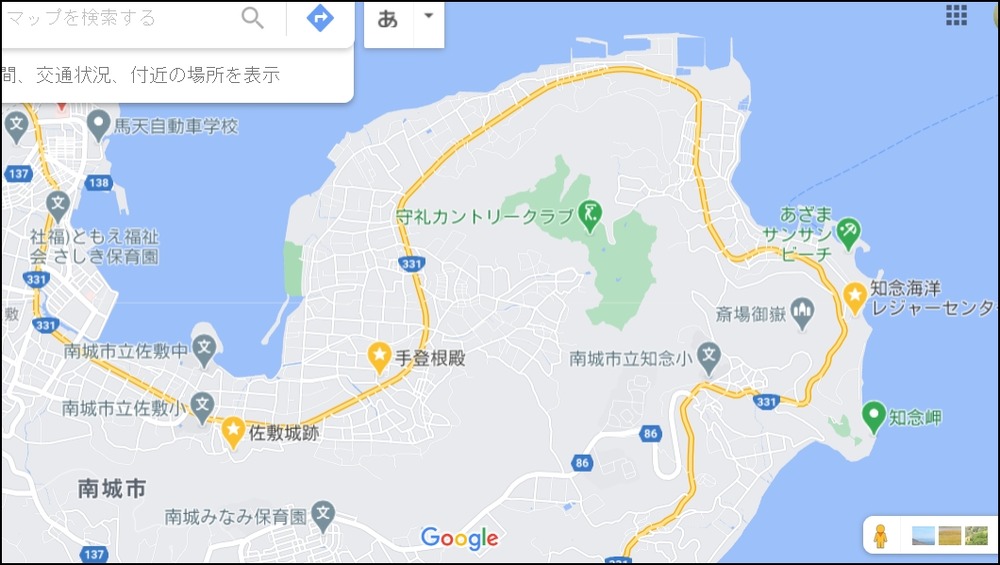 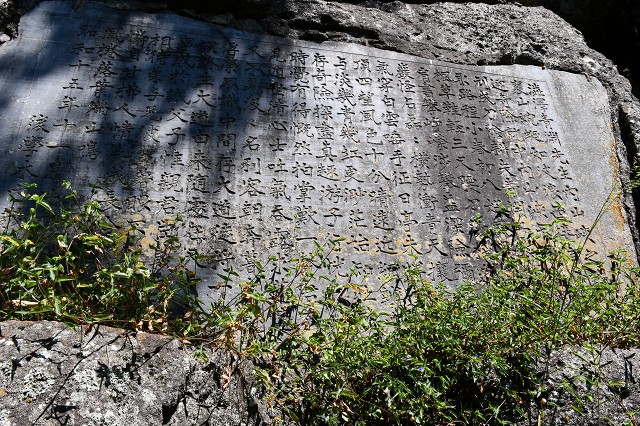 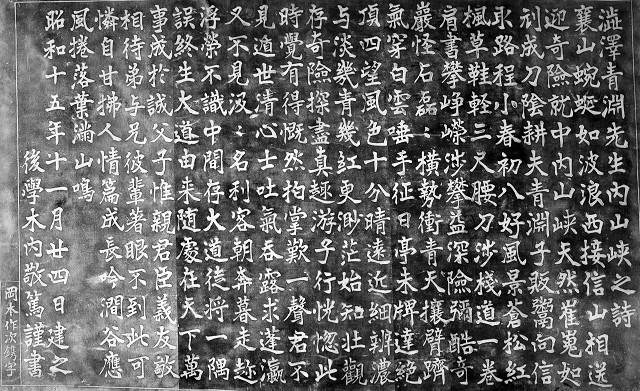 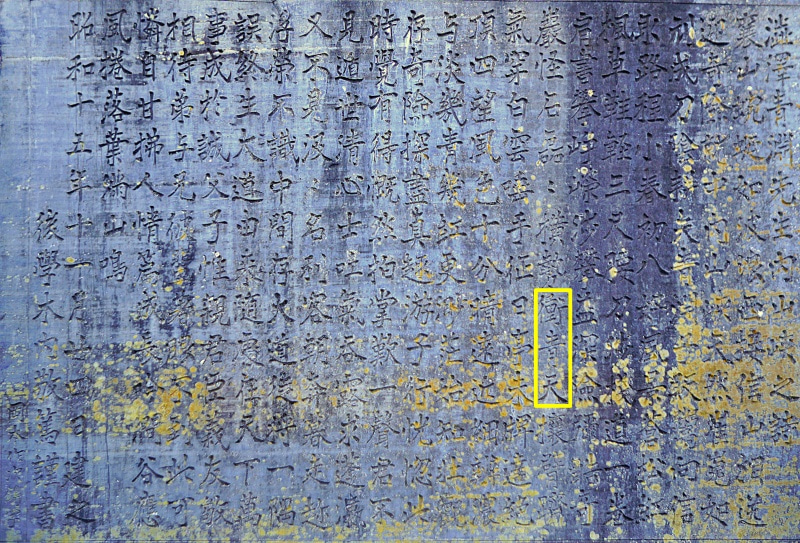 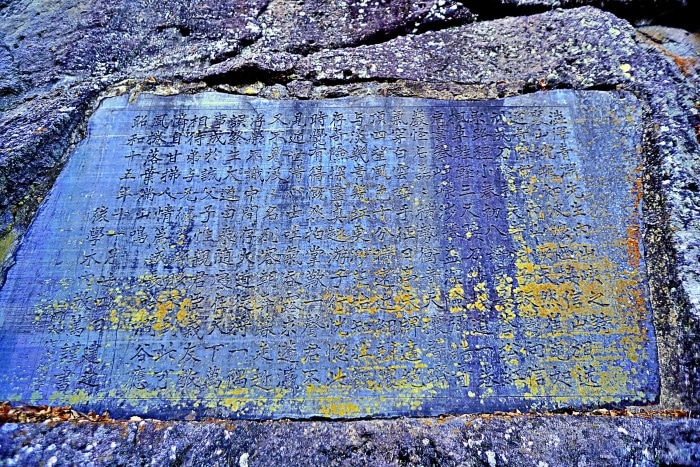 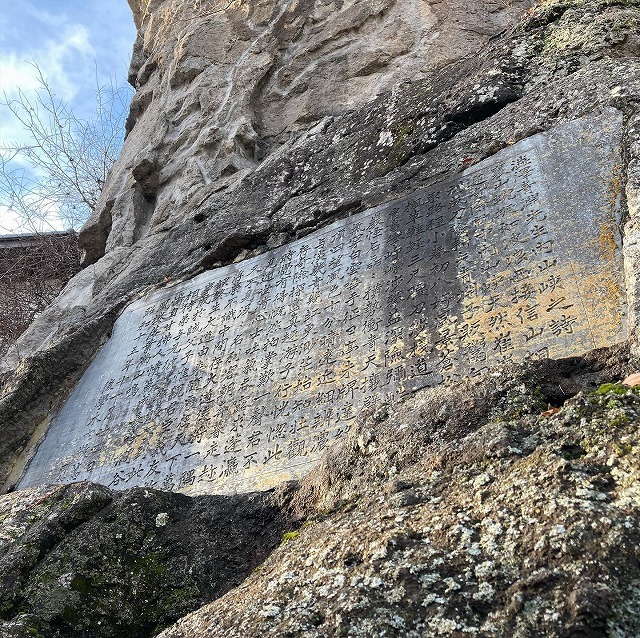 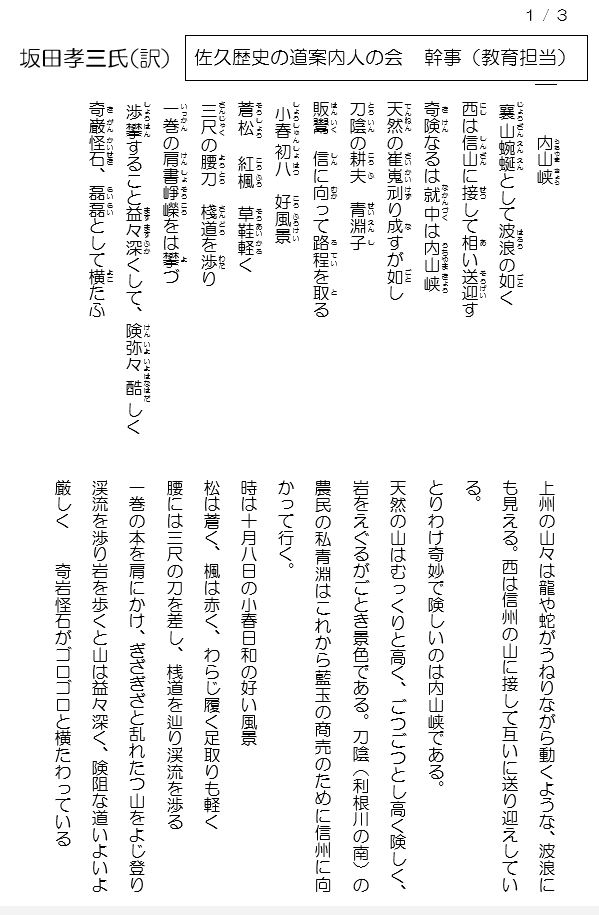 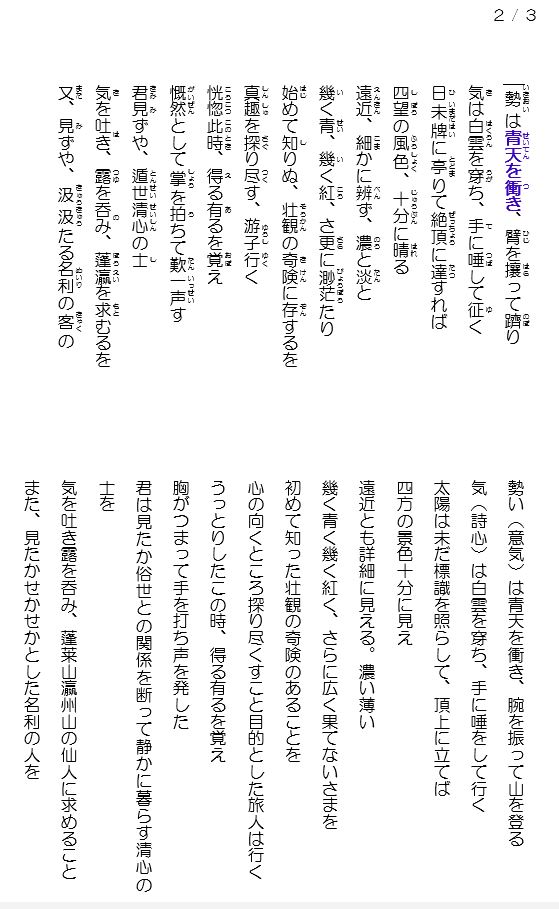 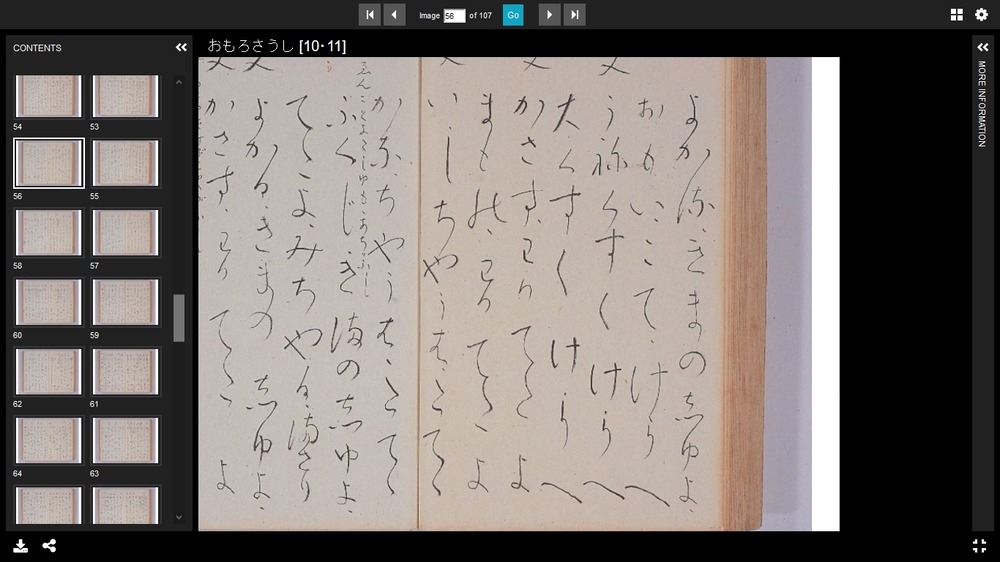 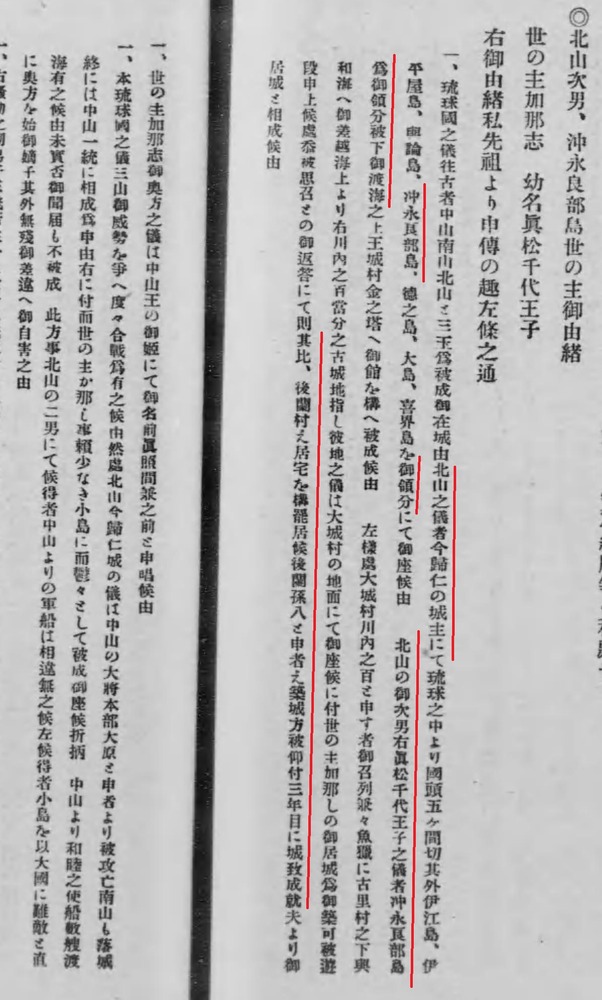 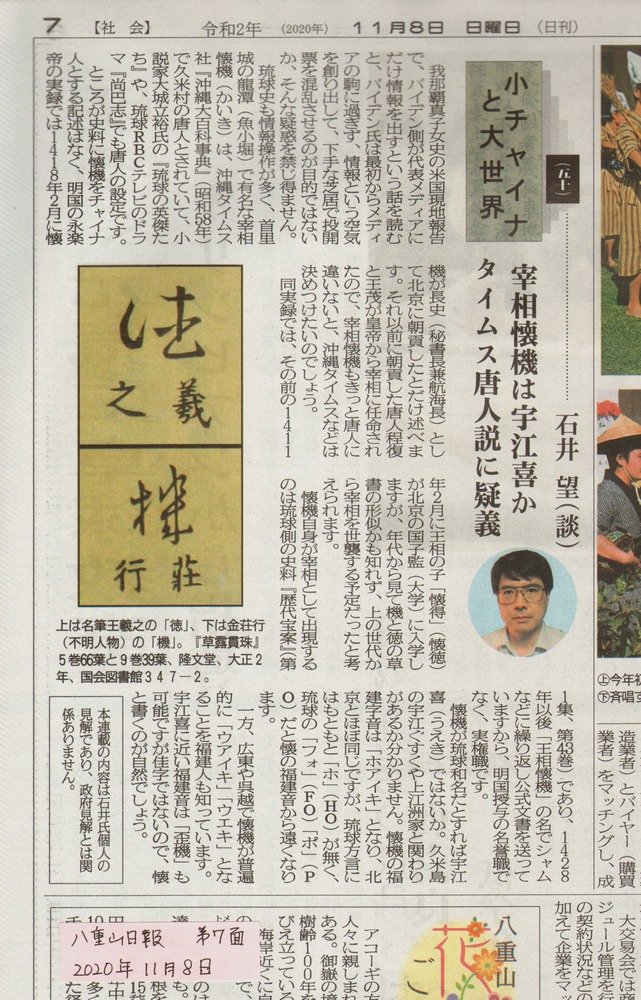 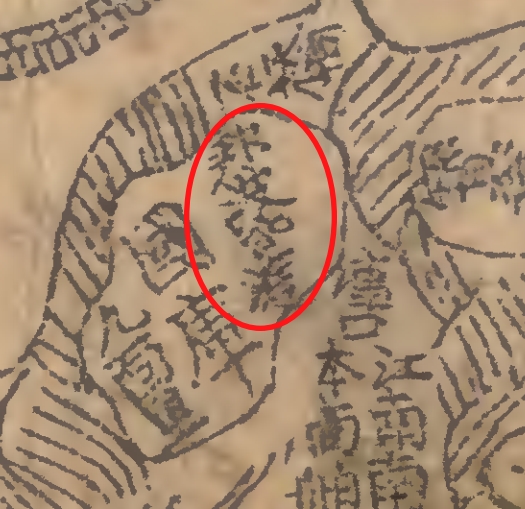 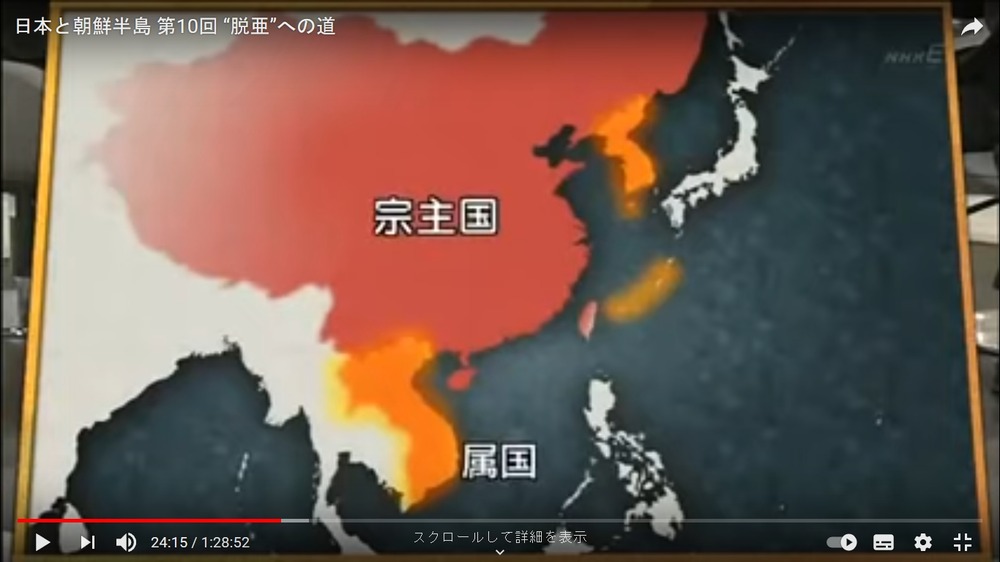 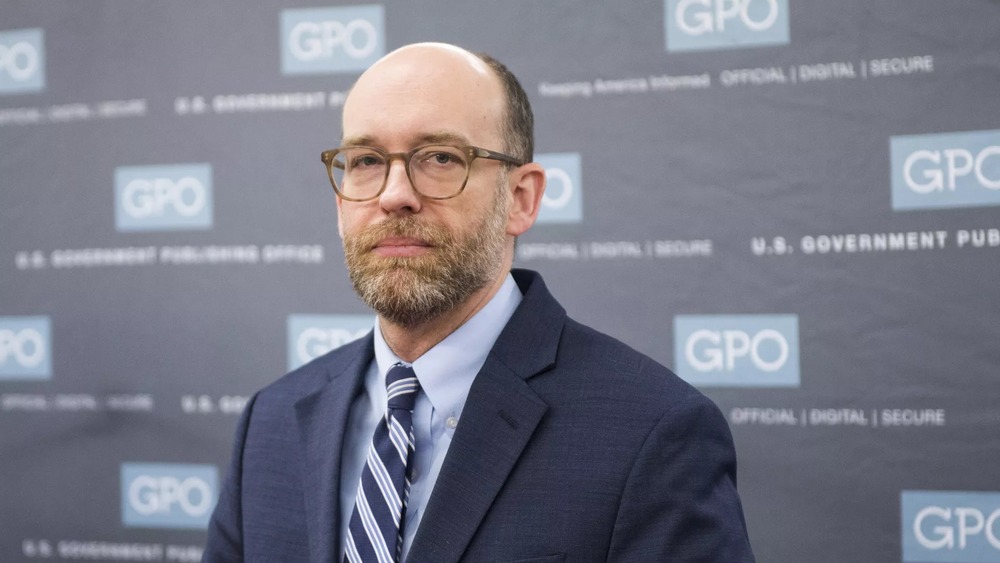 OMB Director Russ Vought parfticipates in a photo-op for the printing of President Donald Trumps budget for Fiscal Year 2020 at the Government Publishing Office in Washington on Thursday, March 7, 2019. (Photo By Bill Clark/CQ Roll Call)

Russ Vought, who led Donald Trump's Office of Management and Budget, plans to announce two pro-Trump organizations Tuesday, aiming to provide the ideological ammunition to sustain Trump's political movement after his departure from the White House.

Why it matters: The Center for American Restoration and an advocacy arm, America Restoration Action, will try to keep cultural issues that animated Trump’s presidency on the public agenda, according to people familiar with the matter.

What we're hearing: Vought is teaming up in the effort with Rachel Semmel, who ran communications for Trump's OMB, and Ashlea Frazier, his former chief of staff.

The Center for American Restoration will be organized as a 501(c)(3) nonprofit, and explore issues including voter fraud and the role of big technology and social media companies in disseminating information.
America Restoration Action will be set up as a 501(c)(4) "social welfare" group, with more of a focus on policy advocacy.

The big picture: The ideological direction of the GOP and the larger conservative movement in post-Trump America is yet to be determined.

With speculation rife about Trump’s post-presidency plans, some of his aides have distanced themselves from him and have condemned his comments to a group of protestors that later assaulted the Capitol on Jan. 6.
But Vought is among those who are staying close to Trump. He's working to ensure that cultural issues that Trump ran on, from transgender rights to critical race theory, remain front and center in the Republican Party and coming elections.
-----------------------


How To Lead The United States Into An American Spring
To those asking where we go from here, there must be one conclusion from the right: The counter assault must be sustained. There is no going back.
https://thefederalist.com/2021/01/26/how-to-lead-the-united-states-into-an-american-spring/
Many men and women of the right are asking themselves in the days following President Trump’s departure from office: “Where do we go from here?”

The answer is easy for some. The establishment desires to move beyond Trump and return to business as usual: where powerful interests have an outsized voice in setting the agenda, where policy objectives are routinely sterilized of all perceived political risk, and where elites keep their base of voters in the dark.

But the establishment is not the only constituency breathing a sigh of relief that Trump is no longer in the White House. Much of what can be termed the “center-right” movement in the Beltway and commentariat is ready to revert to their pre-Trump agenda: robotically extending America’s interests to the outskirts of the globe, tinkering at the margins of an ever-expanding welfare state, and prioritizing a sort-of market absolutism. The cultural issues—the ones that trigger name-calling by the left—get pats on the head, but no real action, priority, or passion.

As a result, this movement has failed to change America’s trajectory. Notwithstanding policy victories on taxes, welfare, and the right to life in the last several decades, the tide of progressive liberalism has not been turned. The commanding heights of culture—the academy, the media, the entertainment industry, elite opinion, etc.—have only gotten stronger and bolder.

Trump’s election was glaring evidence of a deep dissatisfaction with both conventional politicians and the establishment—for their lack of mettle against the left and their refusal to address the many cultural issues that fell outside of their conventional views of conservatism. In addition, President Trump’s dogged commitment to keeping his promises led to adoration within his conservative base of supporters.

But his presidency was about far more. It was the first real counter assault to the left in decades, by a champion who had the stomach and the strength to sustain the withering fire of his adversaries. This explains the lengths to which the left went to destroy his presidency and his movement.

To those asking where we go from here, there must be one conclusion from the right: The counter assault must be sustained. There is no going back. The call for unity must not become an excuse for surrender.

Yet even if conservatives recommit to the fight President Trump began, there is much work to be done to broaden and anchor the movement in truth and resolution. There has been too little effort to formulate an enduring America First agenda befitting an America First politics. The conservative movement needs an organization focused exclusively on framing policy battles on those specific issues.

That is why I am founding the Center for American Restoration, and a corresponding activist organization named American Restoration Action. It will help restore an old consensus in America that has been forgotten, that we are a people For God, For Country, and For Community.

For God. The establishment has effectively accepted the terms the left has set to govern the public square. God is excluded, and faith has become a predominantly private matter. It is no longer acceptable for conservatives to argue as citizens or elected officials from a Judeo-Christian worldview.

As a result, many of our leaders are often unable or unwilling to mount a persuasive defense of traditional institutions or offer a check against the modern emphasis on personal autonomy. Nor do modern conservatism’s policy priorities provide a satisfying answer to the despair and loneliness of a world that has forgotten God and abandoned community.

This exclusive focus on the material needs of human beings has obscured much of the difference between the right and the left.

For Country. Although their patriotic love for this country could never be questioned, before the rise of President Trump, many of our leaders had lost clarity on the proper conceptualization of American interests.

In foreign policy, this led to endless war, America-as-world-policeman, sclerotic multilateralism, and trillions spent on foreign aid and a sprawling defense-industrial complex. It led to borders being overrun for generations, creating unfair labor competition for the least off in America without any debate by its citizenry and laying great burdens on local communities.

At home, it led to the decades-long plundering of the American economy by multinational corporations eager to claim the benefits of American law while disclaiming all responsibility to provide remunerative employment to American workers. In a single year, our election system was hastily upended by those who had been pushing for relaxed voting rules for decades. This inattention to America’s interests has bankrupted and exhausted the country.

For Community. As culture has moved left, the admirable enthusiasm for liberty has descended into caricature, failing to distinguish freedom from autonomy. As a consequence, our leaders have failed to diagnose some of the country’s most pressing challenges.

Whether it is cultural Marxism spreading racial division under the guise of “equality” and “diversity” through influential private institutions, the impact of pornography in communities, or various statewide pushes to legalize the use of drugs, the exclusive focus on government overreach has blinded our leaders to cultural corruption, preventing a coherent and united response from conservatives.

As a result, few are equipped to stand athwart the age and make a full-throated defense for something other than “progress” or going forward. Most won’t fight, because they no longer believe, and repeatedly lose policy fight after policy fight because they have no firm footing.

The Center for American Restoration exists to provide that footing. Its mission statement is to restore an American consensus of a nation under God with unique interests worthy of defending that flow from its people, institutions, and history, where individuals’ enjoyment of freedom is predicated on just laws and healthy communities. Our endeavors will include the following:

Extending the principle of being pro-life to a nationwide enthusiasm for promoting life and increasing the birth rate—having more children and bigger families, adopting children, and championing (not simply enduring) the disabled.
Rejecting the militant “successor ideology” that has taken root in elite institutions, unifying the country around the principle of equality under the law, and developing an agenda to loosen its grip and dampen the power of “cancel culture.”
Challenging the policy architecture that has hollowed out productive work for America’s working class and transferred the gains of the American economy to the service-sector elites.
Redeeming the integrity of our election system that has been destroyed by vote-by-mail ballots and voter fraud by restoring the in-person voting system that has worked for centuries in our country, dismantled of late by the increased use of unsolicited vote-by-mail.
Ending corporate free-riding from anti-competitive market dominance and expensive government subsidies in critical industries including health care and drugs, technology, and provision of critical infrastructure through aggressive antitrust enforcement.
Fighting for an immigration policy that puts America first, promoting an authentically skills-based system that preserves tight labor markets for low-wage workers and ensures that limited high-skilled visas fill the real gaps in our economy, not the needs of big tech companies on our coasts, and keeps us secure.
Developing a strategy that allows for the United States to refine its overseas commitments over time without leaving power vacuums to foreign adversaries by encouraging allies to take greater ownership over their domains and helping to provide the arms to do so.
Focusing on China as the predominant national security threat for the foreseeable future and ensure that it cannot rise into a world hegemon, while also clearly articulating what the United States expects of China for both countries to be able to coexist peacefully.
Challenging the misconception that an America First perspective requires big government by noting that the same restraint a healthy people must exercise in controlling their appetites should reflect itself in frugality both at home and in government, instead of an endless multiplication of wants.

These and others will be our pursuits. We hope to give voice to the common, forgotten men and women across this great country, possessed with extraordinary intuition, who work hard, pay their taxes, and attempt to raise their families in healthy communities.

They have sensed for some time that something was increasingly wrong, and they have been ignored by their leaders. To those, both friend and foe alike, who think it’s too late, our adversaries are too strong, too much ground has been lost, we find comfort and resolve from those who have gone before us. Winston Churchill once reflected on some of Britain’s darkest days by reminding us that:

“In harsh or melancholy epochs free men may always take comfort from the grand lesson of history, that tyrannies cannot last except among servile [people]. The years which seem endless to those who endure them are just a flick of mischance in the journey. New and natural hopes leap from the human heart as every spring revives the cultivated soil and rewards the faithful, patient husbandman.”

Thankfully, for America, spring is coming. A restoration is coming. Join us.
Russ Vought is the president of the Center for American Restoration. He most recently was the director of the White House Office of Management and Budget under President Trump. Follow him at @RussVought.